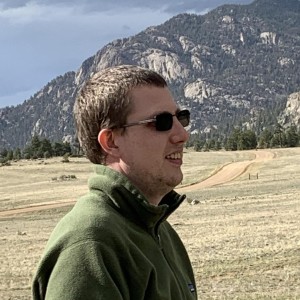 I'm a software developer, systems architect, and problem-solver. Occasionally I have opinions, which I write about. Sometimes I talk about them, too. I'm active in the enterpreneurial and computing communities in Colorado Springs, having spoken at and helped organize our Javascript meetup, coloradosprings.js. I also write open source software (but contribute to other projects far less than I'd like to), including pails, an insanely lightweight and minimalist MVC framework, CMS, and more for PHP (this site is built using pails), and libfmux, a small C library that efficiently multiplexes multiple "channels" over a single "link" (typically a socket, but it could easily be a pipe or file instead).

I am currently a Senior Software Engineer at Cherwell Software.

I also work on a few side projects:

Previously, I was the CTO of Picturebooth in the Colorado Springs (eventually HQ) office, worked at Young Life as what would normally be considered a full stack developer (though we didn't call it that), and was a graduate student at the University of Colorado at Colorado Springs (where I worked in the Vision and Security Technology (VAST) Lab employing cortical models of vision to improve machine-based face recognition); obtained a B.S. in Computer Science from Lehigh University in Bethlehem, PA (where I also worked as a Systems Administrator); and been involved in a few failed startups, including one in the GPS tracking space, another in the IM automation/mobile ordering space, and my own custom software development company, Synapse Software (twice).

On a couple occasions, I've worked with the UCCS Bachelor of Innovation program, and taught several courses (archived here) at UCCS, including the freshman-level programming course, the data structures course, computer organization and assembly, and object-oriented programming in C++.

I'm involved in the Denver Devs community on Slack (and occasionally in person), as well as the Colorado Springs Tech community, both on Slack and in person.

I'm also an organizer of the Colorado Springs Tech (un)Conference.

I reside in Colorado Springs, CO with my wife, Sara, where I enjoy hiking, cross-country skiing, and playing bass.